How many times when Bollywood has given a chance to actors to
bring forth their talent through means of true portrayal of people and
situations. Be it historic events, introducing a new ideology or playing the
rolee of strong individuals who have initiated a change. But once you decide to
enter the world where you want to make a voice heard, you need to be thorough
with your speech and analytical of your actions. 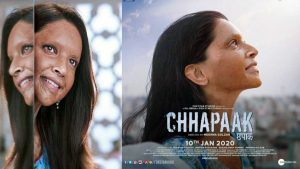 There have been times when
actors and stars have received backlash from the media and the entire public,
for succumbing to unthought-of ways to make profits. One such incident took
place only recently, when actress Deepika Padukone received heavy criticism for
her promotional stunt after the release of her film, ‘chhapaak’. Where Deepika was
appreciated for her realistic acting on one hand, and for bringing a story of
an acid attack survivor on the big screen, she was openly criticised for
calling her role “A look” on the other. 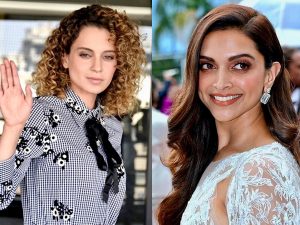 It all begun with a Tik Tok video where the user asked Deepika about 3 difficult looks that the she could
recreate. The actress revealed her looks starting with Om Shanti Om, then Piku
and finally Malti in Chhapaak. Though it was the user who recreated these looks
using makeup, entire public was upset with the actress for calling her acid
attack victim ‘A look’.

It was in an interview with India
Today, when actress kangana Ranaut, who is known for openly speaking her mind
without mincing her words, also took her stand on the issue. Being a sister of
an acid attack survivor, Rangoli Chandel, she said, “Rangoli is an acid attack
survivor and she was very hurt seeing the video. Sometimes, marketing teams
tend to go overboard with their promotions, and I am sure Deepika must be
having some explanation for this”. Further adding, “The people who are
hurt like my sister should be apologised to. This is not a make-up look and
nobody should try and achieve it. That kind of insensitivity should be
apologised for and there is no harm in doing that because we all make mistakes.”

She also openly stated that it was an
insensitive and hurtful challenge, and requested people to not try it with
makeup.