‘Kai Po Che’ has turned 8 years and so does the debut of late actor Sushant Singh Rajput. Eight years ago the beloved actor entered the film industry after having a successful career on Television. 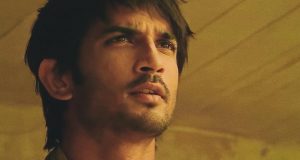 As the director of the film Abhishek Kapoor celebrates the anniversary of ‘Kai Po Che’ he remembers his close friend and went down his memory lane to recall the talent of Sushant Singh Rajput. Abhishek took to Twitter to share how ‘Kai Po Che’ was packed with fresh and under-experienced actors but the performance by each felt so beyond. “The thrill of starting this journey with a new team hungry 2 give their best at the dawn of their careers stands most vividly in mind. One can’t quantify the love our film continues to receive over the years, neither can we quantify the pain we feel at the loss of our crown jewel”, he wrote in his caption. Kai Po Che also stars Amit Sadh, Rajkumar Rao, and Amrita Puri who were also newbies eight years ago. 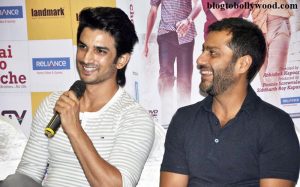 In a recent interview, Abhishek spoke on working with Sushant and introducing him to everyone as Ishaan as his debut performance. He said, “I’d never seen any of Sushant’s previous works before casting him. Back then, the industry wasn’t very accepting of television actors. But post-Rock On!!, people had faith in me and I just went for it. As for the efforts, there wasn’t any out-of-the-ordinary effort involved when it came to moulding Sushant. He was just fabulous right from the start and from the first day itself I knew we’re going to fly together”.

The thrill of starting this journey with a new team hungry 2 give their best at the dawn of their careers stands most vividly in mind..One cant quantify the love our film continues to receive over the years, neither can we quantify the pain we feel at the loss of our crown jewel pic.twitter.com/oTvhal9UOu

The music composer of the film Amit Trivedi also shares ‘Kai Po Che’ 10-year mark on his Instagram. Amit uploaded a poster of the film with the soulful ‘Subharamb’ playing in the background. He wrote, “8 years of this unforgettable film”.

The world lost Sushant Singh Rajput on June 14 2020 which left the whole industry and its fans to utter grief and shock.

‘Sonu Ke Titu Ki Sweety’ Completes 3 Years; Kartik Aaryan Celebrates With A Social Media Post
“Sushant Singh Rajput’s Suicide Was A Planned Murder” Lashes Out A Furious Kangana Ranaut
Kapil Sharma Worships Daughter Anayra For Kanjak Puja, Celebs Pour In Love And Blessings For The 3-Month Old
Saif Ali Khan Reveals He’s Been A Victim Of Nepotism, “Somebody’s Dad Has Rung Up And Said Not To Take Me In The Film”