Hollywood heartthrob Brad Pitt won the joint custody of his children with his former wife, and Hollywood showstopper, Angelina Jolie, and needless to say, the result sprung after an extremely long court battle that kept on feeding the ‘tabloid fire’ for long.

The 57-year-old actor and the 45-year-old actress are parents to Pax, 17, Zahara, 16, Shiloh, 14, and Vivienne and Knox, twins of twelve years. Maddox, 19, has been declared ‘not a subject’ to the custody decision, for he has been considered a formal adult.

Jolie filed for divorce from her husband Pitt in 2016, getting it confirmed in 2019, and it is to be noted that the Hollywood ex-power couple has been engaged in a battle of long custody. John Oudekirk, a private judge, was hired to take over the proceedings, and he has ruled in Pitt’s favour.

“Judge Ouderkirk denied Ms. Jolie a fair trial, improperly excluding her evidence relevant to the children’s health, safety, and welfare, evidence critical to making her case,” according to the filing in California’s Second District Court of Appeal.

Word has it that the judgement is tentative, and Jolie shall continue her fight for getting complete custody, if the tentative decision becomes final. 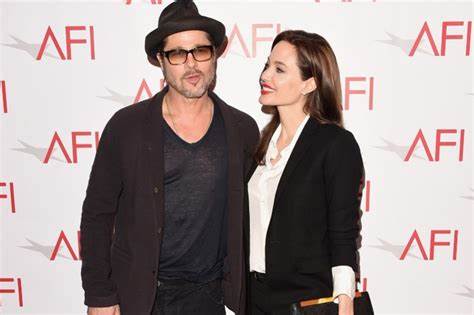 Jolie seems unhappy about the ruling, though she says it has got nothing to do with Pitt’s custody, but rather other ‘incorrigible issues’ with Pitt’s parenting, the moment the marriage went down spiralling. She has been seen to have asked to disqualify Judge Ouderkirk for not letting her children testify, and not taking into consideration the effects of growing under a person who has a history of domestic violence under his name.

In response to Jolie’s filing, Pitt’s attorneys said, “Ouderkirk has conducted an extensive proceeding over the past six months in a thorough, fair manner and reached a tentative ruling and order after hearing from experts and percipient witnesses.”

It is essential to highlight the fact that Pitt was subjective for trial in child abuse, the reason being him losing his temper in front of few children, but was cleared of the allegations later on.

Hollywood’s pulchritudinous couple, fondly known as Brangelina by their fans and admirers met during the shooting for Mr and Mrs Smith, the same time little birds had it that Brad Pitt was accused of cheating on Jennifer Aniston with Jolie, making it Brad’s second marriage with the latter.

Jolie took home Brad as her third husband after being previously married with Billy Bob Thornton and John Lee Miller.