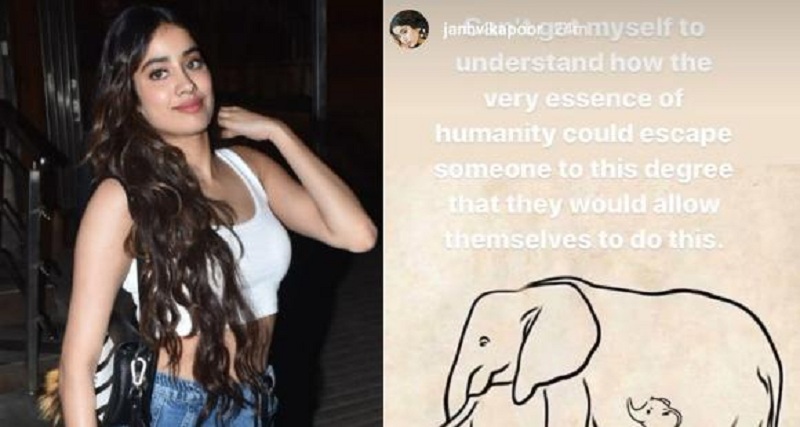 As humans inhabit the earth with other species that exist on the planet, it is our sole responsibility to ensure that peace and harmony is being maintained at all times. Where people are being more sensitive towards animals with encompassing sustainable dietary habits along with more wildlife protection measures, an act that took place in Kerala shook the whole universe. 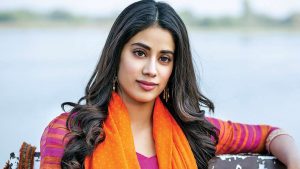 As many people have come forward to voice their condemn for the same, one such B-town celebrity who has been openly criticizing the inhuman act is ‘Dhadak’ actress, Janhvi Kapoor. As people are enraged by the heinous act of killing a pregnant elephant by offering a pineapple stuffed with crackers in Kerala, the brutal killing has sparked a countrywide debate with people from all walks of life criticising the insensitive act.

Expressing her anger over the same ,the Dhadak actress shared an animated picture of a pregnant elephant  on her Instagram handle, with a note that read, “Can’t get myself to understand how the very essence of humanity could escape someone to this degree that they would allow themselves to do this.” 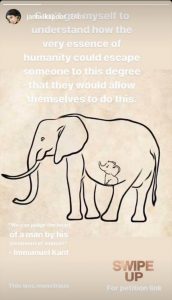 Furthermore, calling the act monstrous, she shared a quote by renowned philosopher Immanuel Kant, “We can judge the heart of a man by his treatment of animal”, the young actress made sure to slam the people who did the heart-less act.