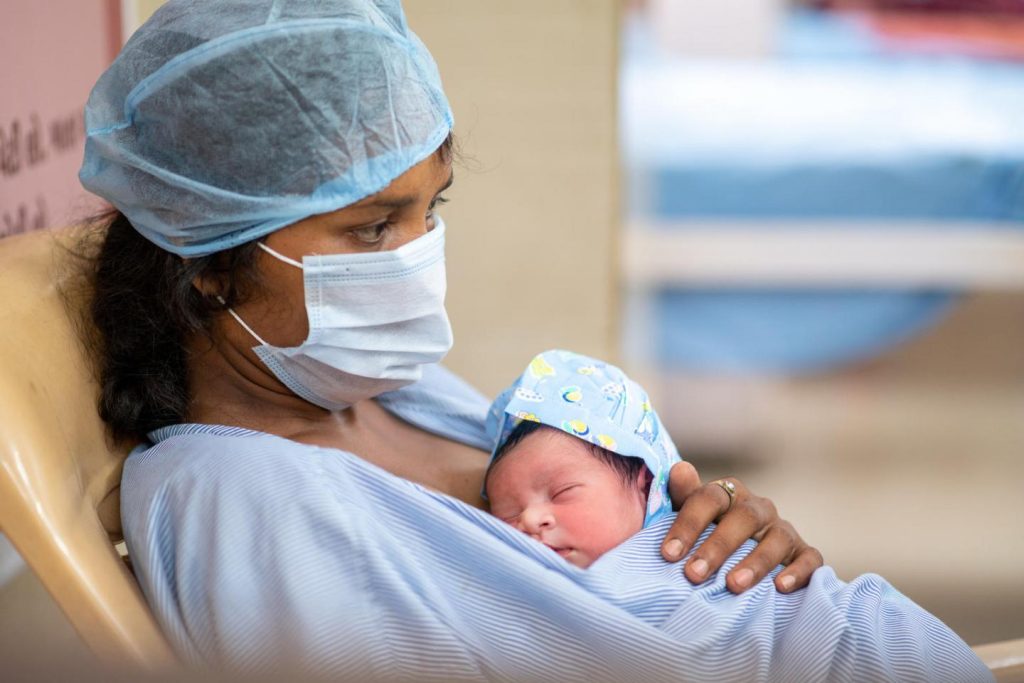 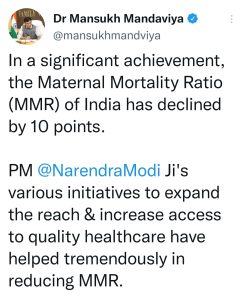 Under National Health Policy (NHP), the states who have achieved the Sustainable Development Goal (SDG) rise to 7 as compared to 5. It includes the States of Kerala, Maharashtra, Telangana, Tamil Nadu, Andhra Pradesh, Jharkhand, and Gujarat.

But there are states which are showing poor results, in fact these states show an increase in MMR numbers. The worst performing state in Chhattisgarh, in which the MMR ratio is 160 for the year 2017-19. The ratio of MMR for Chhattisgarh was 141 in 2015-17.

The Union Health Minister, Mansukh Mandaviya, says that PM’s vision for the upliftment of women has been a strong driving force to achieve the results. Many programmes and schemes which are in progress have helped us to achieve the results. The schemes include PMSMA in 2016, PMMVY since 2017, LaQshya in 2017, POSHAN Abhiyaan, and many more.

The main causes of MMR in India include Obstetric causes. Almost 50-98% of cases are caused due to hemorrhage, infection, hypertensive disorders, ruptured uterus, anemia, and many more. Unsafe abortion is also one of the main reasons for death during childbirth or in pregnant women.

MMR is a global issue with 295,000 in 2017-19, women losing on life due to this problem. But in recent times many nations are working aggressively on this issue and India is one of them. It has been seen that the density of issues is very high in Sub-Saharan Africa and Southern Asia part of the world.

But the important thing is that this issue is preventable. Best care during pregnancy and during childbirth can save millions of lives. A well-balanced diet and proper guided pregnancy are two basic needs to prevent MMR.