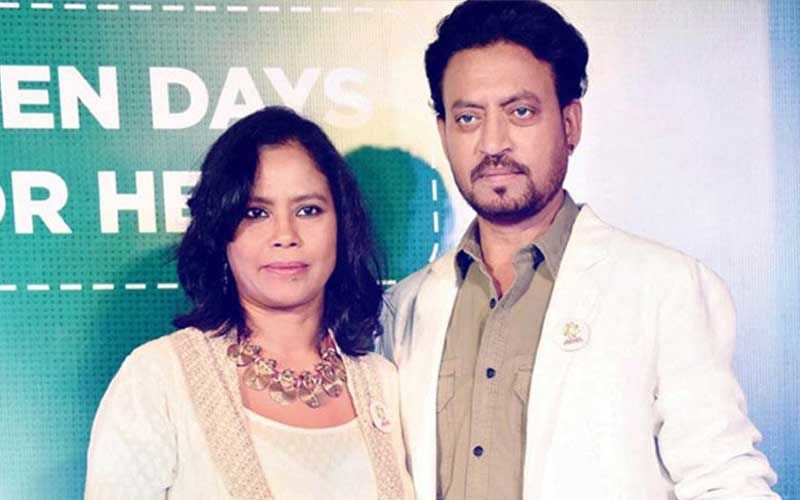 Sutapa Sikdar, wife of Irrfan Khan must be going through hell right now. She has not just lost her husband but her friend, her acting companion, and her forever constant for 35 years. The two had been together since their acting days in NSD but he suddenly left her for the heavenly abode. Irrfan Khan’s Last Words For His Wife During Angrezi Medium Promotion

In a throwback interview with Mumbai Mirror, Irrfan had stated that how wife Sutapa was with him 24/7 when he was going under treatment for neuroendocrine tumor. “She has evolved in care-giving and if I get to live, I want to live for her. She is the reason for me to keep at it still,” the actor said. The actor also revealed that how things

stopped mattering within the two years of getting diagnosed. The actor quoted saying, “You screen out noises …You are selective about what you want to filter in. I have gone through tremendous but have somehow managed to control it, then, let go. You are playing hopscotch all the time.”

Speaking about battling the disease together as a family, Irrfan Khan had said that it had been a roller-coaster ride, a memorable one. The actor said, “It has been a roller-coaster ride, a memorable one. Happy moments were underlined because of the inherent uncertainty. We cried a little and laughed a lot. We became a huge body.” Irrfan Khan’s Last Words For His Wife During Angrezi Medium Promotion