The blockbuster period drama ‘Jodha Akhbar’ has completed 13 years of its release and on the special occasion, Hrithik Roshan went down his memory lane to share his feelings about one of the major hits of his career. The day also marked the birthday of the film’s director Ashutosh Gowarikar and Hrithik Roshan wished his dear friend by sharing how Asutosh helped him with his craft while filming Jodha Akhbar. 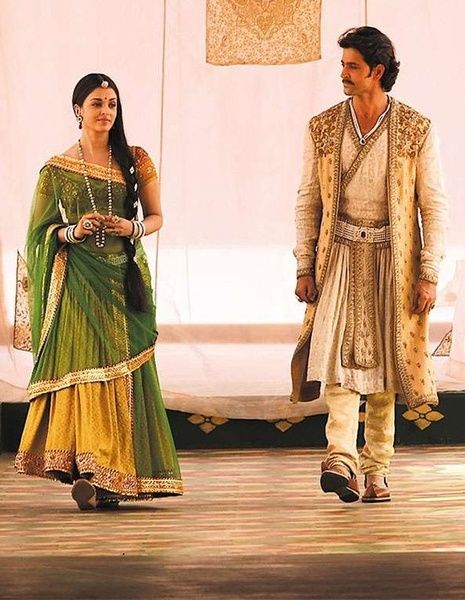 The ‘Super 30’ actor took to his Instagram handle to share a video montage that compiled moments of Jodha and Akhbar from the film. Hrithik shared how scared he was when he offered the role of ‘Akhbar’ as he was sceptic about making up to such a massive character. He wrote in his caption, “Memories. #JodhaaAkbar Man this movie was difficult. I was shit scared when Ashutosh Gowarikar offered it to me. Couldn’t understand how he could see someone like me commanding 10,000 soldiers. But then that’s what a director does. He envisions what you can’t. And that’s the reason I did the film”.

The actor also talked about how the challenge of experiencing impossible things made him a stronger man, “More than the script or story , it was for experiencing what this impossibility would do to me , how it would change me , make me stronger perhaps”.

Sharing some motivational words Hrithiks said, “And what I learnt was that to do strong things , you don’t need to be strong in the beginning! In fact, the decision of wanting to be strong comes before. And it MEANS having to choose that which is beyond your ability at the time of choosing. Trusting that the experience itself will do the rest. The challenge then itself creates the stronger you. It’s Magic. Try it.
#happybirthdayashutoshgowariker”.

The epic love story ‘Jodha Akhbar’ also featured Aishwarya Rai Bacchan as Jodha in the film. Hrithik will be seen next in Siddharth Anand’s ‘Fighter’ opposite Deepika Padukone.