Lives of many have been crushed by the second deadly wave of Covid-19. From every walk of society, many people have lost their lives. Celebrities are not new to this crashing wave of death. In the past couple of months, many stars in the film industry are being mourned.

Sadly, the news of Producer Ryan Stephen came as a shock to millions of his fans. Ryan Stephen is known for his producing skills in  Indoo Ki Jawani and short film Devi. While he was the  co-founder of Electric Apple Entertainment, the producer also had links with Dharma Productions.

Producer Ryan Stephen had tested positive in Goa for Coronavirus two weeks back. As the virus spread, the producer’s health began to decline. The symptoms worsening lead to his hospitalization. Ryan Stephen was admitted for two weeks and battled the virus till he breathed his last on Saturday. 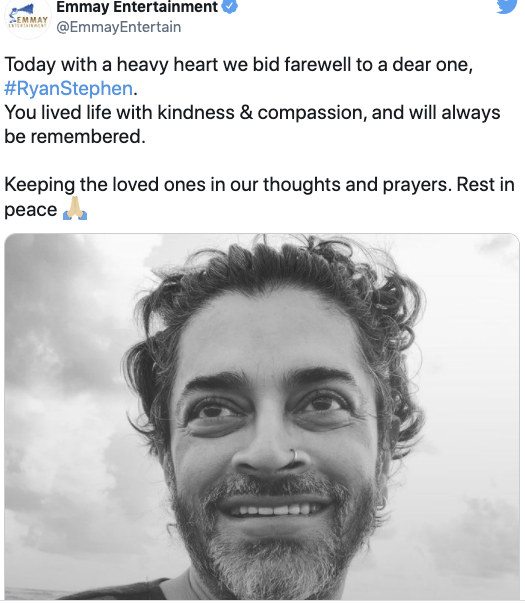 His keen and creative skills will definitely be missed by all in the industry, here are some celebrities who took to social media to mourn his demise.

Actor Dia Mirza posted, “Can’t believe you are gone… Until we meet again,” also calling him the kindest soul.  Kiara Advani and Varun Dhawan also offered their condolences amongst others in the industry.

Emmay Entertainment also took to twitter to pay their respects, here is a snippet of the tweet . “Today with a heavy heart we bid farewell to a dear one, #RyanStephen.

You lived life with kindness & compassion, and will always be remembered.

Keeping the loved ones in our thoughts and prayers. Rest in peace”.

Another day passed, another life lost to the Covid-19 battle, all we can do is only hope that we together can fight the virus and save the lives of all around us with Covid appropriate behavior.