We might not just be aware of it yet but a high rate of health risks are linked to climate change directly or indirectly. Regardless of your socioeconomic status, the danger to your health caused by climate change has the tendency to reach you in many ways.

Global warming, bushfires, the rise of pollution, and heat waves are some of the major consequences caused by climate change. And these are going to impact not just our health but our children’s health and the generations coming after. As per a report published by Global Climate Index 2021, India was the seventh most affected country by climate change. We witnessed both extreme heat and extreme rainfall in the past few years which has affected the livelihoods and health of many people across the country. 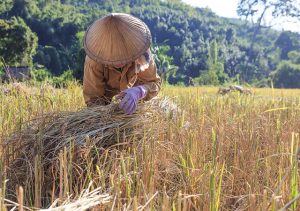 According to experts of Climate change, extreme temperatures are degrading diet quality which is resulting in malnutrition among many children across the world. Increased carbon dioxide in the air is sucking away the nutrients like protein, zinc, and iron from our crops. 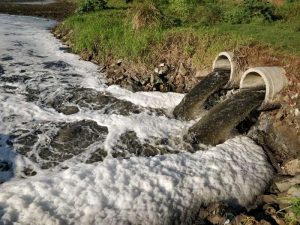 Water scarcity is the scariest result of global warming. In the year 2019, we witnessed Chennai going ground zero with dry lakes and no groundwater. No clean drinking water and proper sanitation will eventually lead up to causing many harmful diseases. Gangnauli village located about 75km far from the Indian capital New Delhi is facing the consequences of poor water supply in the deadliest way. The village people are suffering from allergies, cancer, and neurobiological problems and the locals blame the water supply which is contaminated by the chemicals released by the factories nearby.

Climate change has the ability to not just affect your physical health but can take a toll on your mental health too. Eco anxiety also known as climate change anxiety affects those people who feel that they are under the radar of natural calamities. For example, People living in a deserted region or in a severely polluted city may live under the threat of facing water scarcity or breathing problems. Psychologist believes that these thoughts can create anxiety and depression in people. 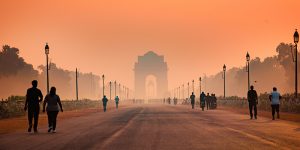 Seven of the most polluted cities in the world are from India and despite that, we still don’t have any strong climate change policies. Many climate activists and environmentalist from India has also criticized Nirmala Sitharaman for not giving climate change a major priority in the Union Budget 2021.

10 Symptoms Of High Cholesterol That You Shouldn’t Ignore; Check It Out
Bird Flu Spreads Across India, Culls Under Way In Several States; Nine States Confirm The Outbreak
Every Single Way To Use Coconut Oil To Reverse Yeast Infections
Climate Change Is Affecting Our Health Directly And Indirectly; Find Out How