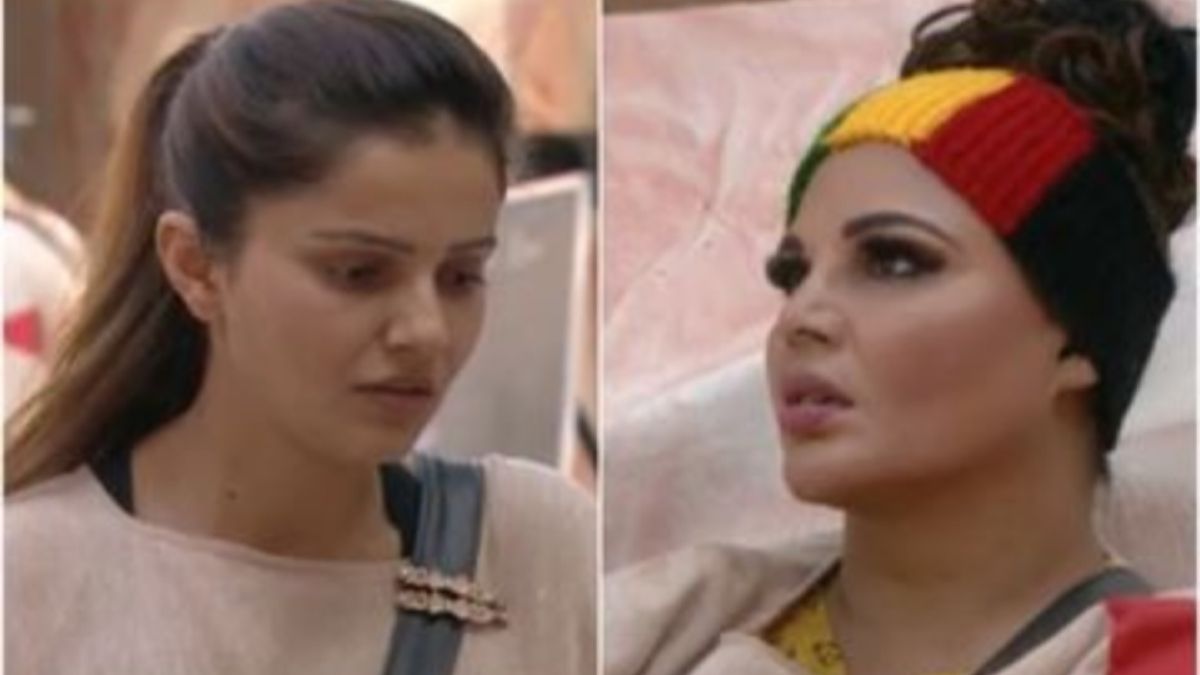 Bigg Boss 14’s latest episode saw a new task where the contestants were divided into two teams Red and Yellow and Rubina Dilaik and Rahul Vaidya were made leaders respectively.
During the task, Arshi Khan held a common toilet, which was near the smoking room and went inside and refused to come out. Rakhi Sawant, who could not control nature’s call, peed in her pants. She called her team’s leader Rubina and showed her dress and shared that she could not control and peed in her dress. She requested Rubina to not share this with anyone.

Later, Rubina used a strategy to help Rakhi and asked her to go inside the house to change her undergarments, even though she knew that it would cost her a few units as per the task. Rubina took the decision of supporting Rakhi’s personal hygiene.
During the day 1 of the task, the audience also saw Rakhi’s entertaining side as she was hungry and did her antics. She was seen munching on the last remaining bites of her banana and complained to Bigg Boss to give her something to eat. In fact, she even contemplates eating the banana peel.

In the task, a major part of the BB 14 house was marked with yellow stripes and the contestants were not allowed to enter the house until Bigg Boss allowed them. Nikki Tamboli, who was part of Rahul and Aly Goni’s team decided to switch sides and support her friends Rubina Dilaik and Abhinav Shukla. She was the first one to give up and enter the house to make the other team win.