Bigg Boss 13 is on its final week and the Contestants are not just excited but super nervous as well. While usually only top 5 contestants remain in the house, this season the top 7 contestants have entered the finale week. Salman Khan has announced that there would be a mid-week elimination and speculations are rife that it would be Mahira Sharma who would leave. Now, Vicky Kaushal has arrived at the house in a spooky manner and would take one of the contestants with him. 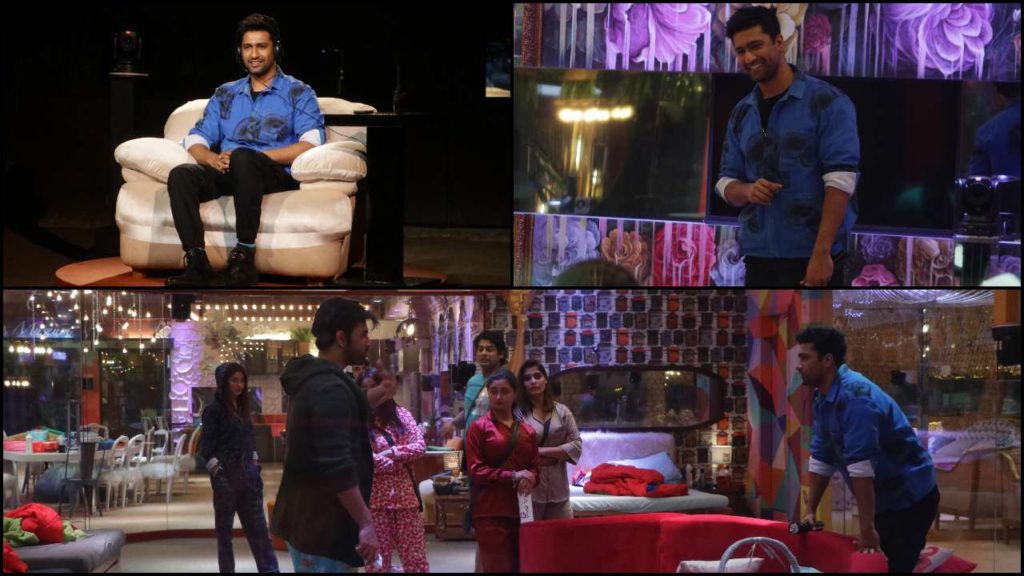 The clip begins with all the housemates waking up to some creepy noises, as the curtain is raised. The lights go on and off and this freaks everyone, especially Shehnaaz Gill, who screams and tightly hugs Sidharth Shukla. The contestants then see a scary doll lying in the bathroom area and lose control and shouting like crazies, further, a headless statue is spotted in the bedroom area. And Vicky Kaushal, who is seeing all this happen, laughs like crazy in the confession room. He is there to promote his upcoming
film, Bhoot: The Haunted Ship.

In the clip, Vicky could be heard saying, “Aap mein se kisi ek sadasya ka safar yahi khatam hoga.” According to the promo, Vicky will be taking one housemate along who has received the lowest amount of votes. If reports are anything to go by, it could be Mahira Sharma who will be out of the house. let’s wait for tonight’s episode and see who will be out today.