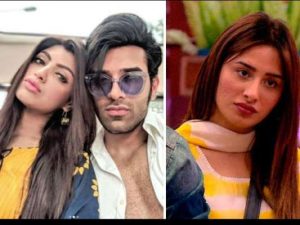 In last night’s episode, Mahira was seen telling Paras that they have been this way right from the beginning but nobody pointed out before. Later, Shefali Jariwala and Paras were in a conversation, where she advises Paras that after he leaves, he should give closure to  Akanksha Puri. Paras Chhabra says, “Mujhe toh karna hi hai, main toh from the very first day bol raha hu.” He then adds, “Ab itni cheeze dekhne ke baad usko khud hi move on ho jaana chahiye. (She should move on after seeing so many things). He then adds that he always gets involved in such things and even outside, he is linked to controversies for no reason. 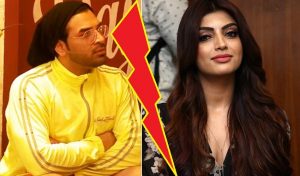 Mahira Sharma says that while she is unaffected by what people tell her, but if the girl outside feels it is wrong, then he should stop it and play accordingly. To which Paras Chhabra replies, “uske hisaab se bigg boss khelunga kya main? jiske saath main rehna nahi chaah raha?” He said that he won’t be playing by the rules of someone he doesn’t want to be with.