Right from Malaika Arora to Rani Mukherji, Arjun Kapoor and dashing boy Ranbir Kapoor, etc. last night was no less than a star-studded affair. Topping the list at the reception party Bollywood actors showed up looking their best in various stylish couture outfits. Here’s the list of the best dressed and worst-dressed Bollywood divas from the party. 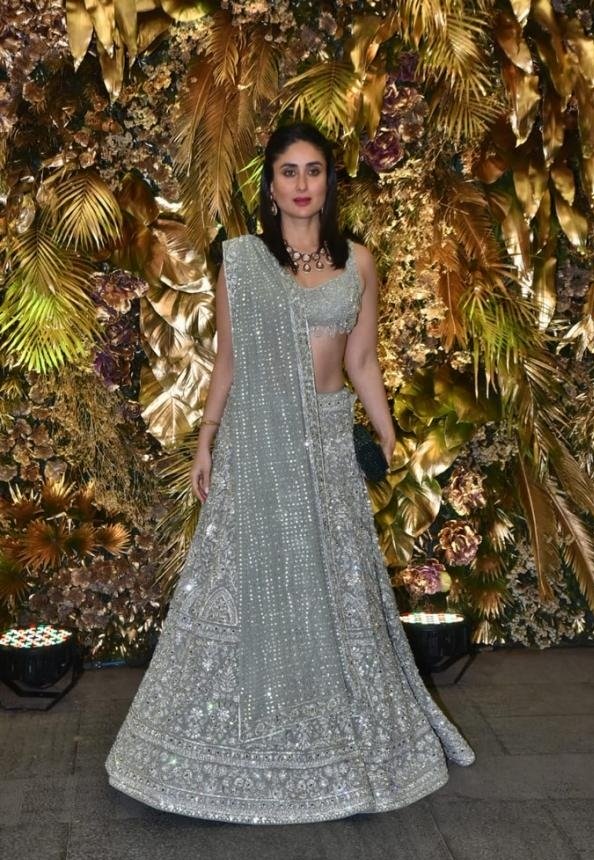 We can’t keep up with the excitement to show you the pictures from the event as they have been doing rounds on the internet. Talking about the fashion vibe at the bash, well, it was quite high. Most of the actresses and actors too turned up in their best ethnic avatar. The groom and bride looked so adorable together.  Well, the Kapoor sister’s dropping some major fashion goals as Kareena Kapoor Khan and Karisma Kapoor sure had our attention at the reception day as both of them don’s different attires which stunned all of us as usual. Take a look at the pictures and see who wore the Best Dressed and Worst Dressed at the party:

Talking about the stylish best appearances of Bollywood actresses at the bash, well, it was speaking out loud and pictures are proof! Most of the actresses and actors too turned up in their best ethnic. Kareena Kapoor has already created a lot of buzz with her radio show and last night, she dazzled in silver with a lime green tinge lehenga choli and she worked every bit of it. She accessorized her overall look with a Kundan necklace.

Alia Bhatt’s look was class apart as she looked gorgeous in light green and pink combination lehenga Choli and with the finishing touches her look with a big Maang Tikka makes her look every bit of regal.

Always the one going to be the riskier route in terms of dressing up this time Malaika Arora wore a bright red drape with a plunging neckline.

Newbie Ananya Panday, on the other hand, was glowing in an all-gold lehenga keeping her overall look simple as her outfit speaks the volume.

And Sonam Kapoor was a fashion disaster as she looked overdressed for the occasion.

Swara Bhasker Shut Slams A Lawyer For Judging Without Reading Entire Tweet On Migrants, “Jahil To Nahi Honge”
Ajay Devgan Reacts On Kids Nysa And Yug Being Trolled On Social Media, “Initially It Was Difficult But Now The Kids Also Know What It Is”
Priyanka Chopra Gets Hundreds Of Roses From Nick Jonas, He Says They Are ‘Just A Few’: ‘I Love You To The Moon And Back’
Hina Khan’s Boyfriend Rocky Brutally Slams Sonam Kapoor On Her ‘Karma’ Tweet, Says, “Can’t Imagine Your Next Life”