Tackling stereotypic ideologies and introducing new beliefs and
acceptance has always been a norm in the Bollywood Industry. Though Love &
Romance, Action and thriller are some of the genres that have had most of the
superstars working for them, there are genres that haven’t been quite
classified yet. From taking a stance for social issues, to portraying characters
and situations that have made an impact, Indian cinema has evolved tremendously
in recent years. And with these new big screen hits, many actors have been able
to establish their own niche following, which continues to grow immensely. 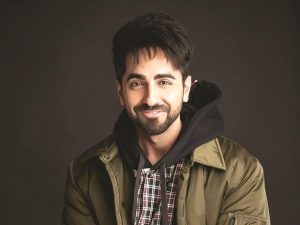 One such actor who has found his own unique way of addressing the societal stereotypes, along with giving the audience a whole pack of laughter and comedy, is actor and performer Ayushmann Khurrana. The actor has been maintaining a streak of giving one hit after the other, and has consecutively given 7 non-stop blockbusters to the cinema. Since the release of the trailer of his upcoming film, Shubh Mangal Zyada Savdhan, the actor has been receiving overwhelming response from his followers, with netizens openly appreciating his courage to bring such an unconventional subject on the big screen.  This 2020 film is a sequel to its 2017 release, Shubh Mangal Saavdhan, which starred Ayushmann and Bhumi Pednekar, and addressed the issues of erectile dysfunction.

People have been gushing over the trailer that hints at the plot; which revolves around Ayushmann Khurrana and Jitendra Kumar, the duo portraying two young gay men, and is about same-sex love. The movie addresses the issues faced by LGBTQ members in terms of recognition and acceptance.

Thanking all the fans out there who
have shown their support and admiration for the full family entertainment,
Ayushmann said, “The love of the people of India for the trailer of Shubh
Mangal Zyada Saavdhan is immensely overwhelming. It is a very important film
for India and all Indians. The film is about celebrating inclusivity,
uniqueness, and individuality among the people of our country, embracing the
LGBTQ community and celebrating them. I’m deeply grateful that people have
appreciated our intention with this important social subject and have enjoyed
our trailer thoroughly.” 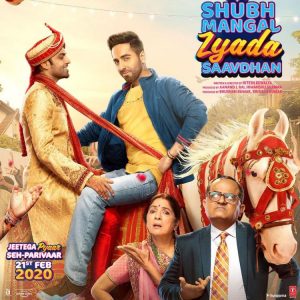 Further presenting his gratitude and
revealing that the film aims to hilariously address the stereotypes faced by
the LGBTQ while leaving a strong, positive message for all Indians, the actor
added, “The film is a total family entertainer and we wanted people to laugh
and enjoy and ponder at the same time and the reactions to the trailer suggest
that we have managed to do just that. The film is hilarious and delivers a
positive social message in the most entertaining manner and I definitely think
the youth, parents and the entire family will enjoy quality content cinema.“

The film that has taken the internet
with a storm with just its trailer is set to release on Feb 21.