Though there are many actor who met their other halves on the sets of their next big screen hits, there are a few who share very interesting and fascinating stories. 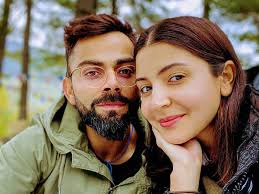 One such actress who met her significant other via sets, is B-town celebrity Anushka Sharma, who met her now husband Virat Kohli during shooting for her shampoo advertisement in 2013. Though it has been years since their marriage, the duo remains head over heels for each other . Anushka Sharma and Virat Kohli are not just spending their lockdown time doing constructive things, but also seem to be goofing around with each other. 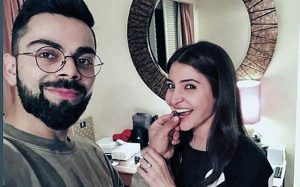 Though the two have been constantly sharing glimpses of their daily lives together, it was only recently when a video that surfaced the media left everyone in awe. In a brand new video shared by actress Anushka Sharma on her Instagram handle, ace cricketer Virat Kohli was seen sneaking in the their room quietly, pretending to be a dinosaur. While Anushka stays behind the camera to shoot her husband being a carnivore, Virat after entering the room, grunts loudly at the camera. Along with the hilarious video which made everyone crack up, Anushka wrote an even more comical caption that read, “I spotted …. A Dinosaur on the loose,” 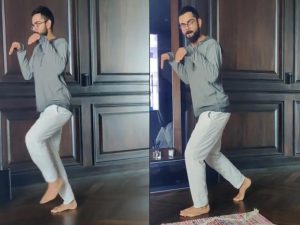 While the video left their fans in splits as many quickly flooded the comments section,one fan even called Virat Kohli, “The Cutest Dinosaur Ever.”
check out Anushka’s video here !

In a recent interview with footballer Sunil Chhetri, Virat Kohli opened about his relationship with Anushka Sharma and how the actress drastically changed his life after they began dating. “When you meet a person that you love, you want to do things for the other person. You have to open up. And the constant conversations we always had was — it is not always thinking about yourself, it is about companionship. And that is something she taught me when she came into my life. I was very self centered before that. My life completely changed because I started looking at her and what can I do for her,” the cricketer revealed with no qualms.

Disha Patani Gets A Kiss From Tiger Shroff’s Sister Krishna As They Chill Together On The Weekend
Anurag Kashyap’s Shocking Revelation, “Karan Johar Called Me A Psychopath & I Called Him A Fat Kid”
Akshay Kumar Finally Speaks On The D`rug Nexus In Bollywood And Sushant’s De`ath: Accepts Narcotics Problem: Video Inside
Sherlyn Chopra Accuses Sajid Khan Of Sexual Misconduct, Shares Horrifying Details