Though star kids come across the ugly face of Bollywood ever so often, with fans and public criticising them for being the product of nepotism, many of them don’t let the comments and criticism take them down. With continuously evolving over time, they establish their names in the industry and gradually win the hearts of many. 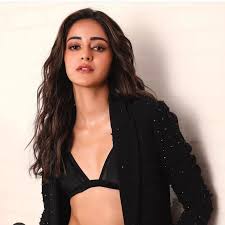 One such celebrity kid is Chunky Panday and Bhavana Pandey’s daughter, Ananya Panday. Ananya, who ventured into the film industry in 2019, with her debut film, ’student of the year 2’, became popular amongst the youth for her pretty and innocent appearance. Apart from being casted in SOTY 2; a karan Johar production, the actress has starred in one more film, ‘Pati Patni and Who’. Even though no one can deny her celebrity approach in the industry, the young actress has succeeded in winning the hearts of millions through her acting and performing skills. 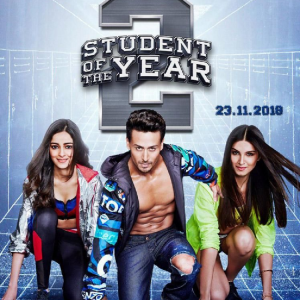 It was only recently, when a video of her dancing and showing off her impeccable dance moves in her friend’s, Isha Biyani and Rahil Shah’s sangeet took the internet by storm and left everyone amazed and wondering. Donning in a black thread-work lehenga with intricate multi-coloured embroidery and light mirror detailing, a sleeveless blouse and a sheer black dupatta with a rainbow-hued border, Ananya styled her look with a pair of gold earrings, soft brown smoky eye and super glossy nude lips. Though the actress was dressed to impress, it was her dance moves that caught everyone’s attention.

Dancing on her friend, Sara Ali Khan’s song ‘Ankh Maarey’ from her movie, Simba, the young diva started with the hook steps of the song and left everyone speechless. While pulling off the steps with utmost ease and grace, she left many wondering if she would have been better suited than her said-competitor, Sara. While almost all loved Sara’s performance on the dance number, with Ranveer Singh in the mix, not many can deny Ananya’s grooves and moves.

Always being on top of the game, the young actress sure knows how to capture eyes, as well as hearts of all those people out there.

Shahrukh Khan Poses With His Kids, Aryan Gives A Serious Look; Images Inside
Saif Ali Khan Shares Bedroom Secrets: “Kareena Kapoor Does This Before Going To Bed”: Video
Sara Ali Khan Shares About Her Bond With Step-Mother Kareena, Says “She Is My Father’s Wife More Than My Friend”
Aditi Rao Hydari Shared A Captivating Still From Her Next ‘The Girl On The Train’; Dulquer Salman React With A Sassy Comment