‘The Girl On The Train’ is undoubtedly one of the most awaited films of the year and the anticipation for the psychological thriller is growing every day amongst the fans as the release date of the film is reaching up.

And to make the fans more impatient Aditi Rao Hydari has uploaded a very captivating still from the film. Giving a glimpse of her hopingly thrilling performance Aditi’s character looks vulnerable and absorbed with misery while she sits in a bathtub looking away with teary eyes. 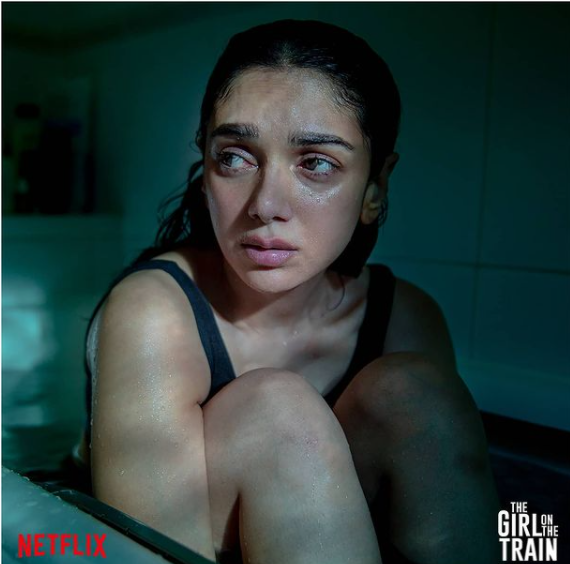 The actress took to Instagram to share an exclusive still of her character, ‘One night and many perspectives, which will lead us to the truth? Join us on this mysterious ride’ she wrote as the caption of her post. On which her close friend and Mollywood heartthrob Dulquer Salman commented, “Did you mess up lines again??”, to which Aditi replied, “hahaha you’re not there to harrow me na homie….. withdrawals ..crying extra….”. 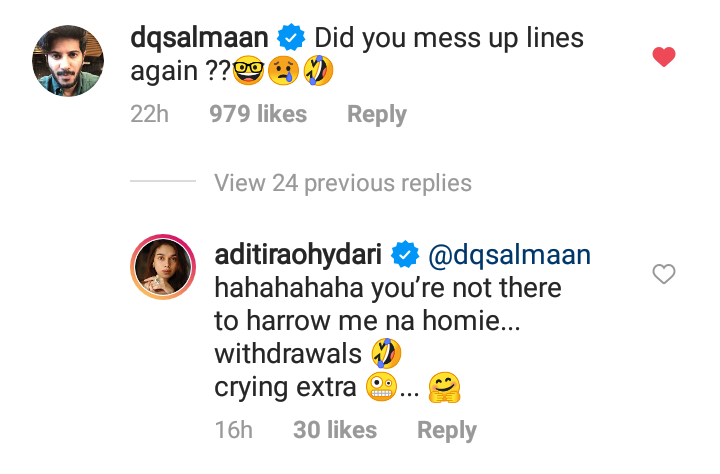 Aditi is playing the role of a girl who has been apparently missing or got murdered mysteriously and unknowingly she is very much linked to the life of ‘Mira’ our divorced and lonely protagonist played by Parineeti Chopra.

The trailer of the film ‘The Girl on the Train’ was dropped on Netflix very recently has received a lot of positive responses. The leading lady of the film Parineeti Chopra has expressed that she feels nervous and excited about the release.

The upcoming murder mystery is written and directed by Ribhu Dasgupta and is produced by Reliance Entertainment. The film is based on a book written by Paula Hawkins by the same name. The Girl On The Train will release on Netflix on February 26.

Alia Bhatt’s Film ‘Gangubai Kathiawadi’ Gears Up For Unlock Phase 1;A Rain Cover For Protection!
Manoj Bajpayee Reveals He Had Suicidal Thoughts Because Of Rejection In Bollywood ‘I Was Close To Committing Suicide’
Breaking News: Bollywood Choreographer Saroj Khan Passes Away Due To Cardiac Arrest
Anushka Sharma Shares Post Workout Photo; Virat KohliI’s Reaction Should Be Every Husband Ever!