Recently the rumors that the actor Adhyayan Suman has died by suicide went viral on social media after a News channel featured the information in one of their videos. 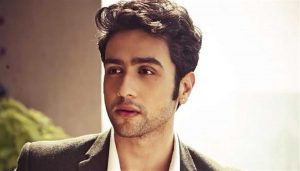 In his response to the rumors, Adhyayan said, “Bhai, agar maine suicide kar liya, to ye mera bhoot khada aapse baat kar raha hai shayad. Bhai ye bahut sharmnaak baat hai”. Speaking more on how the events became serious the day rumor started to spread, he said “I was in a meeting when people started calling me. People were nervous as I could not pick calls. Even when my mom called. She was obviously in shock and could not believe the reports.

While speaking to one of the paparazzi who confronted Adhyayan on the rumors the actor said, “This is so wrong! To hear that your child has died by suicide! Why would you report this? Why would you write such things about me? I am happy in my life and am working hard. I do not need to commit suicide. I do not want anyone to die by suicide. How can you cook up such things about someone? It is shameful!”.

Yesterday @ZeeNews acted unpardonably irresponsible and sent out a piece of news that devastated me,my wife and my family members .My wife was inconsolable as they announced that Adhyayan Suman has committed suicide.Adhyayan was in Delhi. pic.twitter.com/1OwLgseir7

Adhyayan’s father Shekhar Suman took to Twitter to give his response to the rumor of his son’s death. He tweeted, “Adhyayan’s father Shekhar Suman took to Twitter and slammed the news channel. “Yesterday @ZeeNews acted unpardonably irresponsible and sent out a piece of news that devastated me, my wife, and my family members. My wife was inconsolable as they announced that Adhyayan Suman has committed suicide. Adhyayan was in Delhi”.

Condemning the irresponsive actions of the certain media channel Shekar also added, “While I’m taking legal action against them and suing them for such a reprehensible act. The media ought to be more responsible and not jeopardize ppl’s lives and destroy them for their own vested interest. I request everyone to tweet and ban @ZeeNews.”

Neha Kakkar Gets Trolled For Being ‘Number One’, Says People Are Jealous Of Her
Riya Sen Reveals Being Sexualized At The Age Of 16 Made Her Quit Bollywood, “Was In School When They Tagged Me ‘Sexy'”
Anurag Kashyap Digs The Past, Says Parineeti Chopra Didn’t Want To Work With Sushant Singh Rajput As He Was A TV Actor
Bigg Boss 13 Exclusive: Shehnaaz Gill Angrily Storms Out Of The Press Conference After An Uncomfortable Question On Sidharth Shukla & Her Equation; Check Out