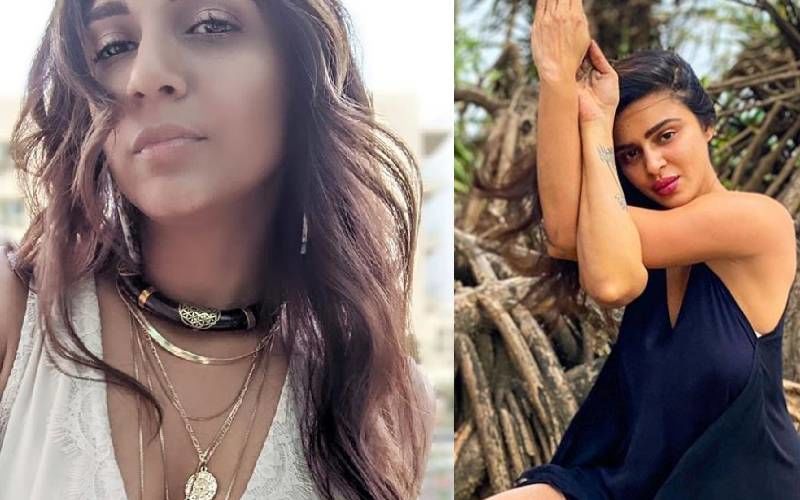 Cyberbullying and passing lewd comments on anyone social media posts has been normalised for long but not anymore. Many of the stars are coming out to ensure these lewd comments stop and no more people start ignoring all of them. Recently, Aashka Goradia was hosting her live yoga session with husband when people started commenting really vulgar things. Shveta Salve, a friend of Aashka Goradia’s came out and said that she’ll be reporting such things to cyber police now.

Talking to ET Times, Shveta said that she has got in touch with cyber police and going to take legal action against those who said vulgar things for her friend. Shveta told the leading daily, “Aashka was teaching the class with her husband Brent and hence had no idea about the comments coming in. Here are people who are commenting on someone teaching yoga and she can’t even defend herself. It’s high time that crime on social media is addressed and taken up! In my case, I reached out to Malini Aggarwal and she connected me to Shubham from Cyber Crime and he’s guiding me on what needs to be done.”

Shveta further stated that it’s high time to put a stop on social media bullying and we have to teach a lesson to people who are hiding behind fake accounts. Shveta also revealed that she is scared for her daughter as social media is not going anywhere. she was quoted saying, “I am scared about what the future holds for my own little one. I remember being scared as a girl of the kind of comments that would get passed and with social media, its just gotten worse. If we don’t bring in corrective measures now, then when?”

Also read: Shveta Salve Shares Intense Kiss With Hubby’S Hand Down Her Thigh, Gives Back To Slammers With An Epic Reply