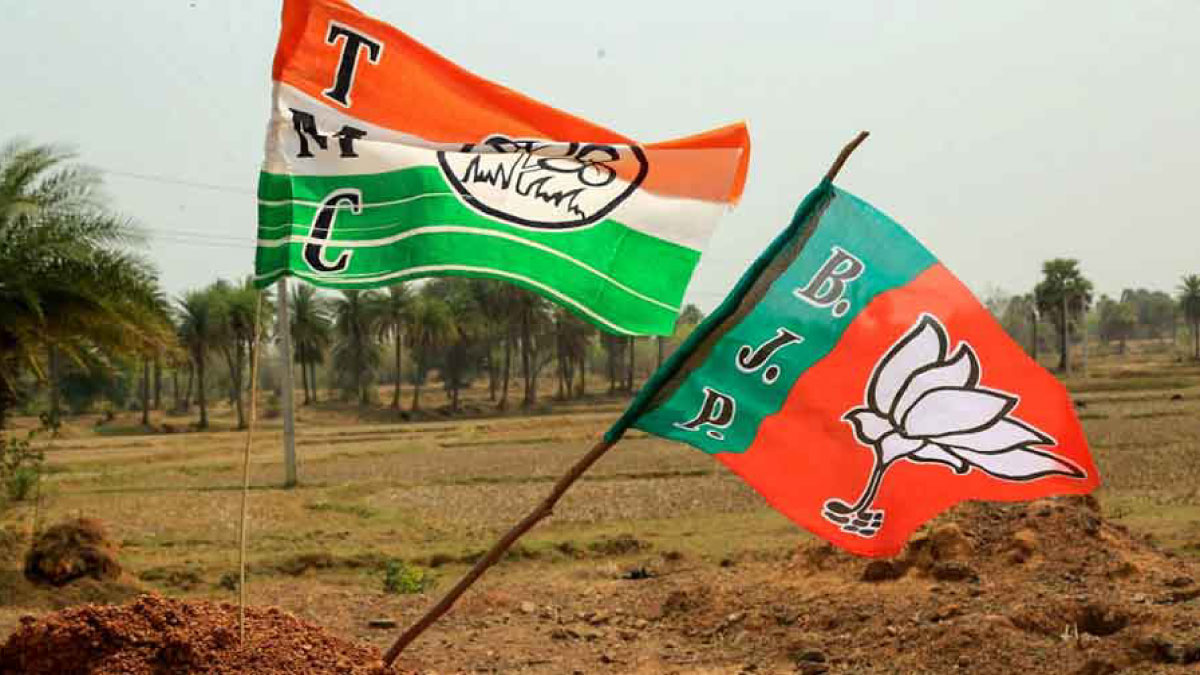 Tripura will go to poll in 2023, but the political scenario is undergoing a dramatic change. The state is witnessing unprecedented violence between the ruling BJP and the state’s new entrant TMC. Interestingly, the political observers are seeing an unfolding of tit for tat political game in the state between the two rivals.

In West Bengal, BJP, who tried to whack TMC faced extreme violence and atrocity. Whereas, TMC, which is challenging the ruling BJP in  Tripura, is facing a similar backlash allegedly by the ruling party.

CPM’s 25 years reign ended in 2018 when BJP captured 36 seats out of 60 and formed the government. TMC tried back then but flunked to open an account. However, after the spectacular win in the election last May in West Bengal, it turned its attention to Tripura to fill the vacuum of CPM. But the TMC workers are facing a very tough resistance from the BJP party there.

Even the leaders who are being sent there for campaigning are being attacked. TMC alleged that Subal Bhowmick, the committee chief in Tripura, was attacked at his residence on November 21 last year, injuring several others seriously. Mamata sent her nephew Abhishek Banerjee to Agartala who accused the CM of Tripura of running a Goonda Raj.

On being approached by TMC , the Supreme Court has ordered Tripura DGP and IG to consider deploying sufficient forces for free and fair Municipal election.

Prospects Of TMC In Tripura

The political experts,  however, hold a different view about TMC’s success. They point out that the division of votes among the opposition parties will tilt the balance in favour of the BJP. TMC as usual is trying to form an alliance with all non-BJP parties including the Congress and the Left. But, what is coming in the way of an alliance is that all the parties have their individual political ideology and belief, hence coming together seems to be a distant possibility.

What Does CPM Say?

CPM  has a very strong base in Tripura and it is the only party that has access to each and every booth in the state. Therefore, they are not interested in any alliance with TMC who had no base in the state. Similarly, Congress also seems to be reluctant to join hands with the TMC. However, it is too early to guess anything concrete.

Police did not allow a rally by the TMC on September 14 last year, on the grounds that it would collide with another rally by another party. TMC had taken umbrage of this action by the state police and said that the govt was scared of such a rally.

BJP, however, said that in order to show their strength in the rally TMC was arranging to bring people from some places of Assam such as Karimg width='100%!important'ang, Silchar etc.

Multiparty rivalry is a common political phenomenon in a democracy. But interparty violence and atrocities mar the sanctity of democracy. Post poll violence in WB in May speaks of goonda Raj. A lot depends on how the people will exercise their rights. Violence should be shunned at any cost.